Blockchain-based games offer an attractive opportunity to earn cryptocurrency as you play. Another point that can attract not only crypto enthusiasts but also gamers is the fact that decentralized platforms and games’ connection to cryptocurrency wallets allows the players to keep their items indefinitely, no matter what happens to the game itself. Apart from this, blockchain games can serve as an incentive for more people to get into cryptocurrencies, thus expanding the pool of cryptocurrency investors. We will introduce some of the examples of blockchain games that have gained a following among the crypto community. 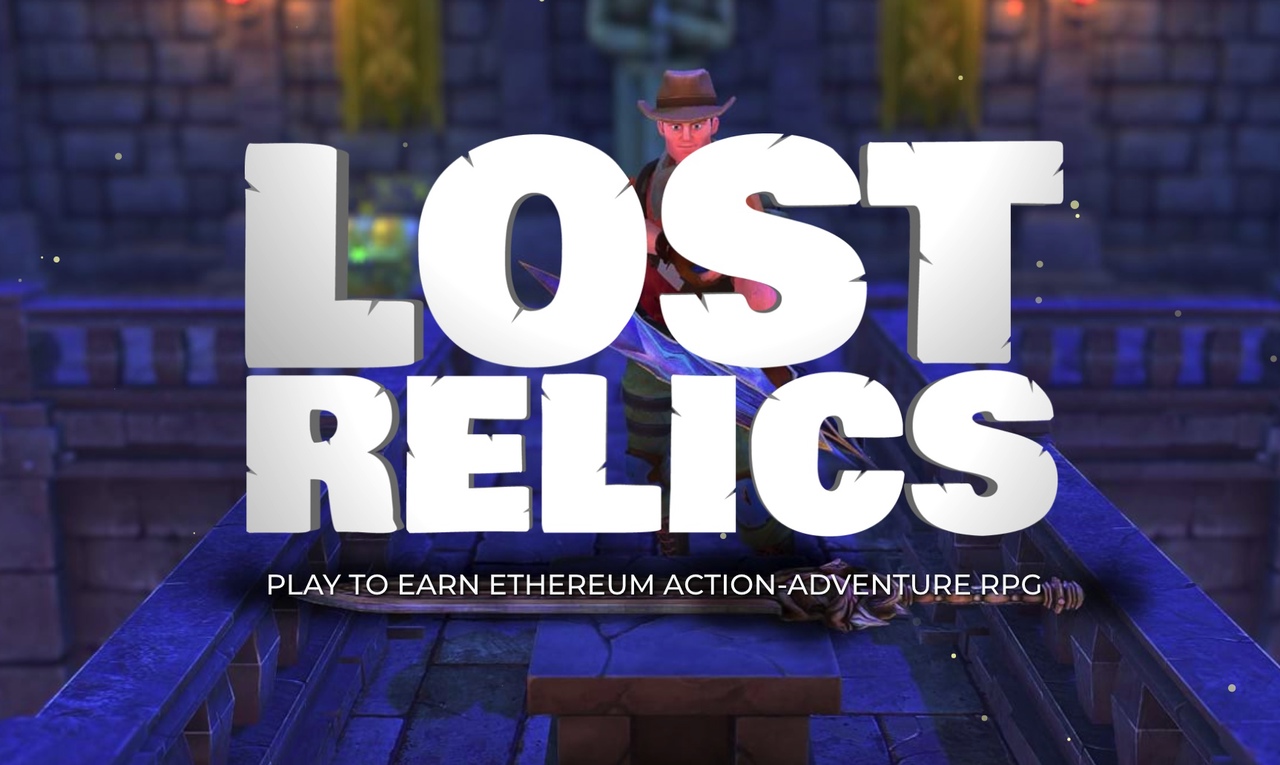 Lost Relics is a dungeon exploration and combat role-playing game similar to Diablo, where the main point is to collect relics all around the world with an endless story mode. The game is based on the Unity engine. Players need an Enjin Wallet connected to their account to be able to play and use blockchain items. The in-game relics are ERC-1155 Ethereum items that can be sold or traded, both in-game and outside of it. When the players are moving blockchain items to their wallet, to other players, or to different marketplaces, they will need ETH and ENJ to pay transfer fees. The gameplay is similar to other dungeon crawlers: kill monsters and collect artifacts. However, what stands out in Lost Relics is the absence of a skills tree or a class system, instead, the player can use the artifacts found in the game to buff their character or customize it. The artifacts, or relics, differ in their rarity, those can be uncommon, rare, epic, legendary, mythical, and transcendent, with some of them being one of a kind in the whole in-game world. However, if you lose and don’t make it out of the dungeon alive, you also lose the relics. With that being said, the items that have been added to the players’ digital assets cannot be lost.

0xUniverse is a strategy game based entirely on the Ethereum blockchain, meaning that players can see all of the in-game actions on the blockchain. This is a game of space exploration, with players conquering new planets and unraveling the mystery of the universe. Each planet is a digital collectible that acts like an asset both in-game and outside of it: players can sell or trade the planets or their resources with other players and earn Ethereum while doing it. The planets differ in their rarity: common, rare, epic, and legendary, with the rarest planets being the most expensive ones. While luck is certainly necessary for being successful at 0xUniverse by finding rare planets, there is also quite a bit of strategic thinking involved related to buying and selling planets: players should always pay attention to what is presented in the market at that moment as well as current Ethereum gas prices. To begin the game, a player is required to buy one planet. After that, the player can build spaceships and start exploring.

This blockchain-based game is available both on mobile and desktop extensions and is free-to-play. EOS Knights is organized on the EOS platform and to start the game players need an EOS Wallet. The aim of the game is to defend the village from attacks. Players do not actually participate in the fights with the attackers, instead, they can level up their characters and collect resource materials from the battles, which can be used to craft new items and make the heroes more powerful. The same resource materials are the game’s currency: players can sell or trade them as well as exchange them for EOS tokens. There are three playable characters – a knight, an archer, and a mage. Depending on the class, the characters have different stats. Additionally, players can adopt pets, which pair up with the heroes to increase their stats.

Gods Unchained is a free-to-play card trading game based on Ethereum and backed by Coinbase. Its creators already had experience in game creation previously working with Google and Riot Games. New players receive a free collection of cards – a Welcome Set, which helps them dive into the game. There are several game modes to choose from – one can either play against a computer or face real opponents online, which will allow the player to gain experience and unlock different card packs. The ultimate playing mode Ranked Constructed allows the player to unlock prizes and earn Flux. Flux is used to forge new, higher quality cards, which are a part of the Ethereum network and have real-world value and can be traded for fiat money. Each game involves two opponents playing against each other. As with other trading card games, quite a bit of strategizing is required. However, the rewards are worth it. Unlike some trading card games, players do not have to necessarily buy the best cards to win, they can earn them just by playing. Every weekend there is a tournament that players can participate in to earn rewards. Furthermore, the creators are also currently working on a World Championship with a prize pool of a few hundred thousand dollars.

The advantages of blockchain games are obvious: you can play to earn cryptocurrency and you will always know that the items that belong to you will not disappear because of an update or some company policy. However, although the above-mentioned games offer some fun gameplay, blockchain games in general still lack many features of gaming experience expected from traditional video games.

How Big Is the 2022 Crypto Crash? A Historical Perspective

Investing in Crypto: Things to Do in a Crypto Winter

CBDC vs Cryptocurrency: Are CBDCs a Threat to Crypto? Why Crypto Market Is Down Today: Global Reasons How Big Is the 2022 Crypto Crash? A Historical Perspective Investing in Crypto: Things to Do in a Crypto Winter Hard Forks, Soft Forks: What Do They Even Do (and What’s the Difference)?