🍕 Bitcoin Pizza Day: 10 Years Anniversary of the Most Expensive Fast Food Purchase Ever Made 🍕

Now that Bitcoin has become one of the possible means of payment, the legendary Bitcoin pizza story seems like a fairytale. When it happened, the baby cryptocurrency market had just started developing, and physical goods purchases were unprecedented – until May 22, 2010. The first transaction occurred between Florida resident Laszlo Hanyecz and Jeremy Sturdivant that day: two big pizzas delivered for 10 000 BTC.

On May 18, 2010, a Bitcoin forum user nicknamed Laszlo started a new topic and offered anybody ten thousand Bitcoins ($41 at that date) for two large pizzas. It was a good deal: two pizzas cost $25-30. The idea does not seem to have excited many people, though: only a few forum members clarified the details and asked why Laszlo wanted to do that. The reply was transparent: “I just think it would be interesting if I could say that I paid for a pizza in Bitcoins”. The thread is still available on the Bitcointalk forum, as well as the first transaction data. 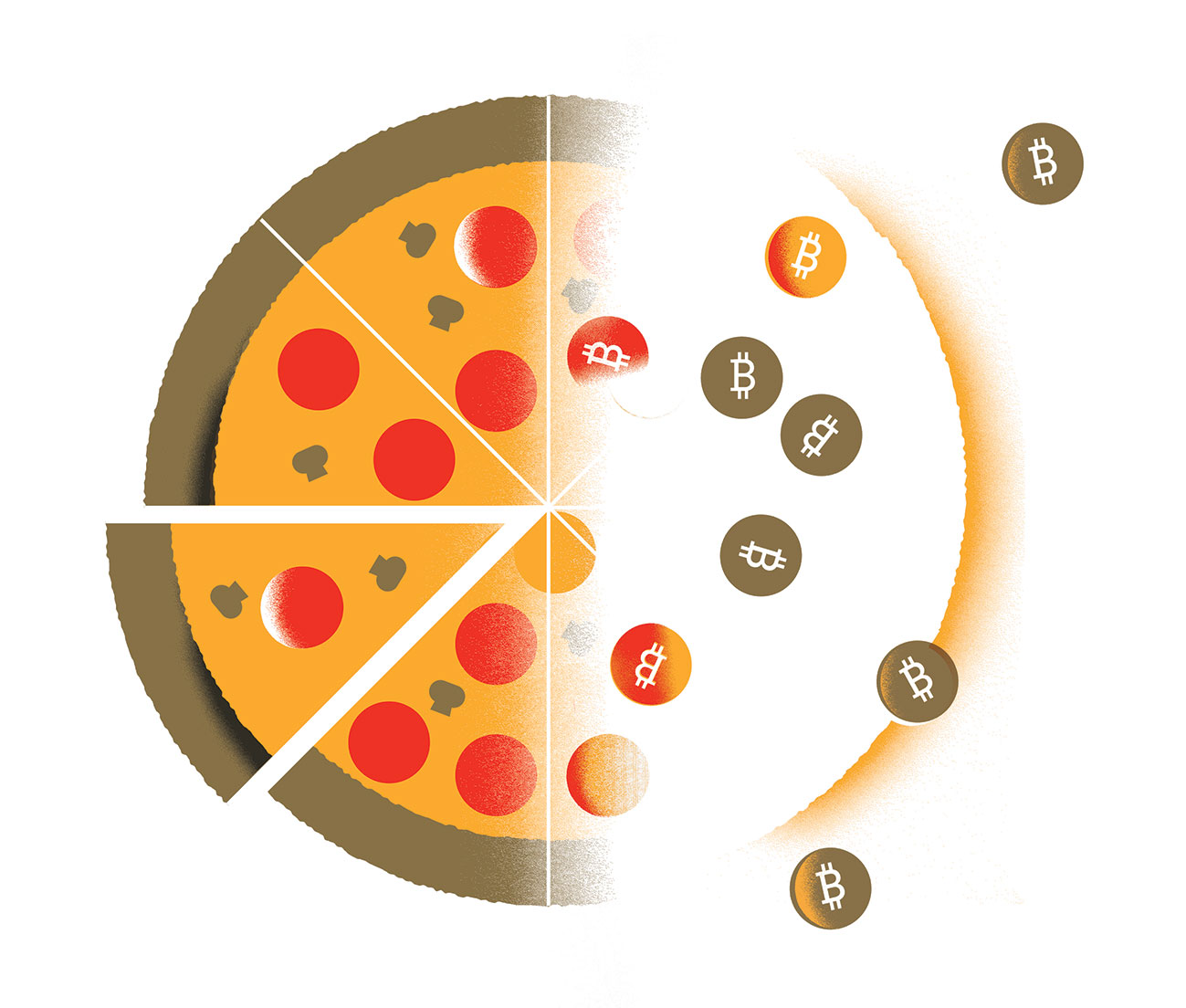 The requester got what he wished four days later: another Bitcoin fan from Great Britain, Jercos, agreed to have two Papa John’s pizzas delivered to Laszlo. However, the most thrilling part was not about the first Bitcoin-for-goods purchase. As Bitcoin’s value kept growing, the pizzas that Hanyecz bought were getting more and more expensive. By the end of the year, a Bitcoin came up to a US dollar. Soon, Laszlo sold the rest of his Bitcoins for new computer equipment; he gained $4 000. In 2015, the cost of two pizzas exceeded $2.4 million.

Today, the number of businesses that accept Bitcoin is growing: minor companies and giants gladly sell their goods and services in a new way. More than that, some of them introduce discounts to celebrate Bitcoin Pizza Day. In May 2019, Huobi Global offered 50% off from the price of their pizzas if clients used the new Huobi Prime platform. According to Huobi Global CEO Livio Weng, the initiative felt more like a joke at first, but then the company’s executives realized it would be an excellent marketing ploy. 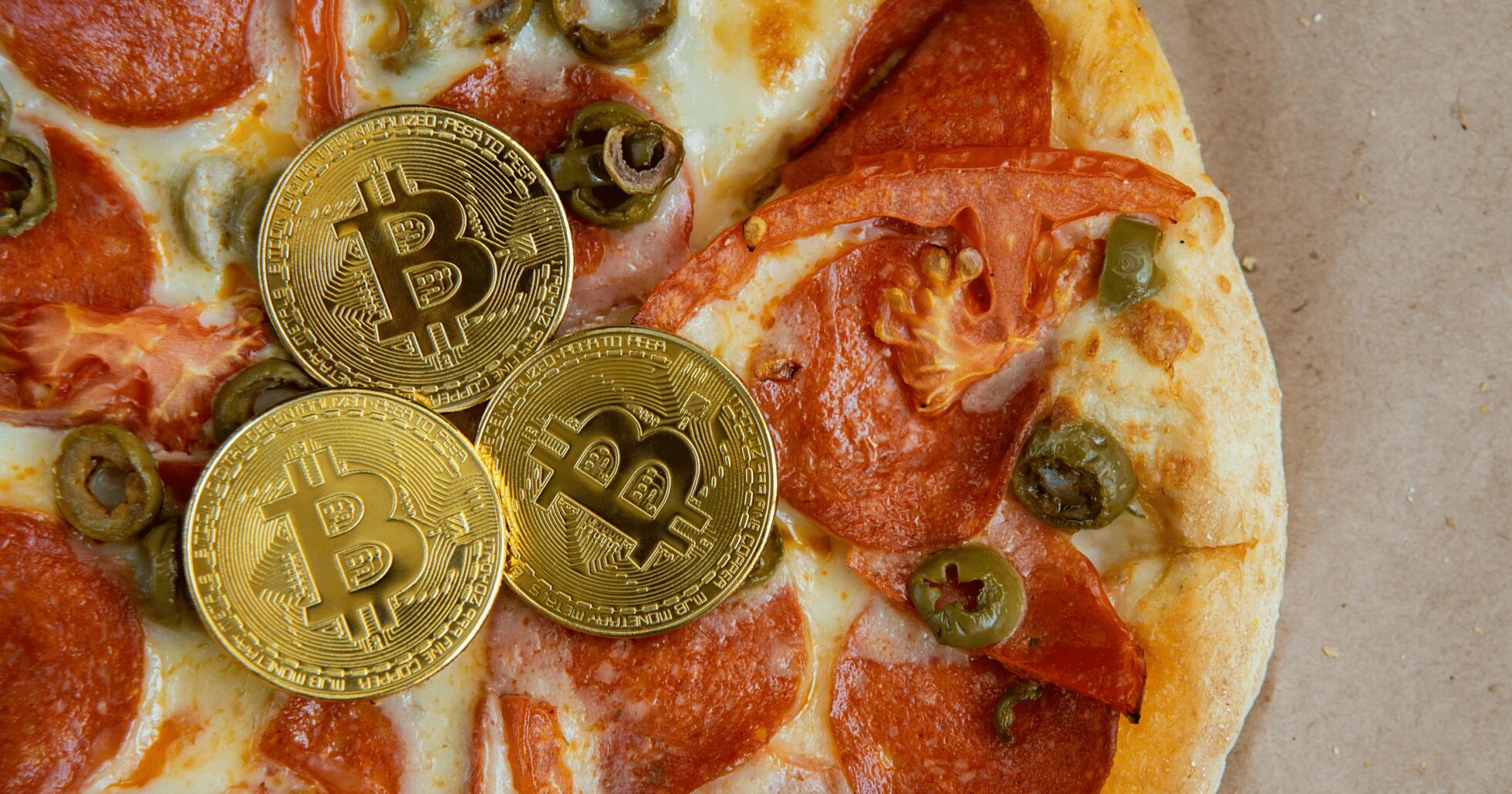 Some enthusiasts love the story so much that they compare the Bitcoin and the current USD value of the starry pizza on Twitter. At the time of writing, the delicacy cost $96,667,750. New posts are published daily; about 7800 people follow the page.

How are Laszlo and Jercos doing now?

Eight years after the famous purchase, Cointelegraph interviewed the Bitcoin pizza guy Laszlo Hanyecz and Jeremy Sturdivant and asked them about their lives, regrets, and the usage of cryptocurrency in daily routine. Laszlo calls cryptocurrency his “side project”. In winter 2018, he performed a similar operation, ordering, again, two pizzas with the assistance of his London friend through the Bitcoin Lightning Network. 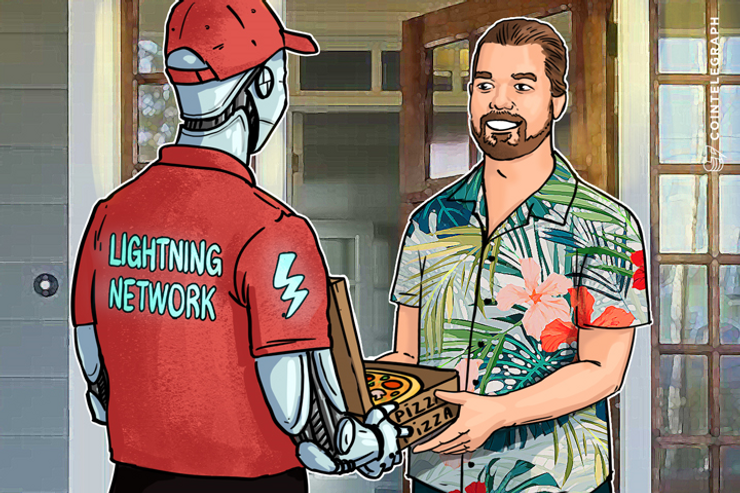 The man is still a software programmer and contributed to the Bitcoin popularization at work: his company began to accept it among other payment options. Besides, Hanyecz teaches his two kids the basics of cryptocurrency; of course, they are too young for anything substantial, yet the father believes the knowledge will be beneficial for them in the future. 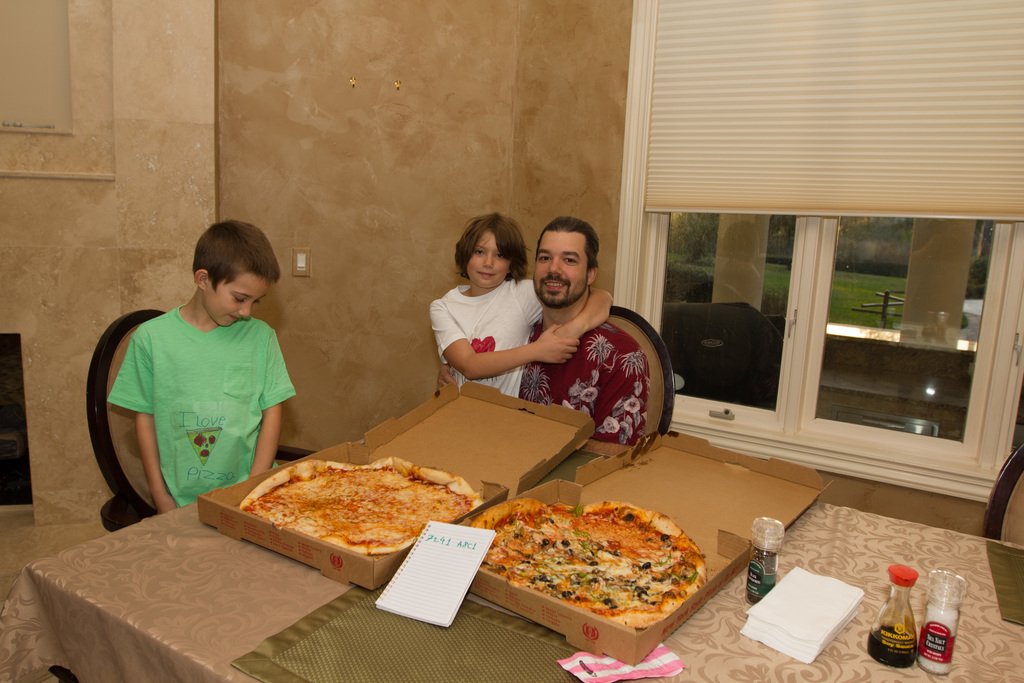 ﻿Jeremy Sturdivant, more famous as Jercos, spent the Bitcoin from Laszlo on traveling; he got $200 back then. Today, Jeremy’s life is connected to cryptocurrency “to some extent”: it allowed him to earn approximately 40 000 BTC. In addition, he uses Litecoin and Dogecoin. Hanyecz and Sturdivant have no regrets they spent their Bitcoins before they skyrocketed. Both explained they didn’t want to switch to full-time mining and trading. Life may be full of irony. What if Hanyecz put off his Bitcoin experiment for a while? Would he change his mind and delve into cryptocurrency activities? Although we’ll never get these answers, the Bitcoin pizza story is just fascinating and marks a significant milestone to be remembered by Bitcoin users and others.

June Katz 1 min read
Greetings! We are happy to announce the launch of our new “Cryptocurrency Exchange Reviews” section! You can read our partners’ reviews from customers who have used them — or leave your own. Here’s how it works (it’s simple!): To publish a review, you need to have completed a cryptocurrency exchange on SwapSpace via one of our partner exchange services. We will ask for your exchange ID, so keep that in mind! You can just leave a star rating for your exchange — or tell other customers how it went in more detail. You can edit your review later, so if you forgot something — don’t worry. Our partners read the reviews too, so you can be sure that your feedback will not go unnoticed! Every review helps our customers decide whether they should trust an exchange service with their funds — and for our part, we’re working hard ensure that all reviews we publish are real and legit, and the customers’ concerns are heard. We’d love for you to contribute to the ever-growing community of crypto users, too — so, if you’ve made a swap recently, we’ll be grateful for your feedback! And if you’re still undecided — you’re welcome to read some cryptocurrency exchange reviews and make your choice. Best regards, SwapSpace team
Read more ❯

SwapSpace Is Opening the Crypto Exchange Reviews Section! What Is Web3? CBDC vs Cryptocurrency: Are CBDCs a Threat to Crypto? Why Crypto Market Is Down Today: Global Reasons How Big Is the 2022 Crypto Crash? A Historical Perspective