After a couple of years ago when Bitcoin was one of the only currencies to provide privacy, Monero came to the stage. It’s a robust coin that allows users to enjoy full anonymity and have their privacy respected. It was created back in 2012 and thereby came multiple Monero Wallets.

What Is a Monero Wallet?

A Monero wallet is a form of software that allows you to safely store, send, and receive your XMR. It’s one of the most decentralized and privacy-oriented projects out there, and thus there are lots of specified Monero wallets that focus on decentralization and user-privacy. We’ll show you the top 7 best XMR wallets that are currently available.

A small flash drive with a built-in OLED screen is all it takes to safely store your XMR. Ledger Nano S is a hardware Monero wallet that’s one of the safest and most secure ways to store your XMR in the industry. It does not only support Monero, it supports more than 70 cryptocurrencies including Stellar, Ripple, Bitcoin, and Ethereum. You gain access to your tokens by plugging the device into your desktop and entering your 2-factor authentication. With every transaction you make, you have to enter your four-digit PIN code to confirm any currency to go in or out of your wallet. A hardware XMR wallet is mostly recommended when you’re holding XMR for a longer period.

When you’re not interested in other tokens and you just want to focus on Monero, Monero GUI wallet might be a good option for you. It’s an official Monero desktop wallet available for Windows, Mac, and Linux. When downloading the wallet you run a full node which means you’re hosting the entire blockchain on your network. It takes some time to process syncing and downloading each time you start the client, but the interface makes it easily accessible. Thus, if you’re looking for ways to support the Monero network and have a safe way to hold your XMR, the Monero GUI wallet might be a good option.

Two of the key factors of the Monero project are privacy and decentralization. Monerujo is an open-source XMR Android wallet that gives you full control of your private data since it only stores on your device. It’s a simple wallet that allows you to create multiple wallets, send and receive XMR payments with the ease of scanning a QR code. Take note that this is an Android Monero wallet, it’s not available for desktop access or for iOS operating systems. However, it’s a perfect solution when you want to make payments with your XMR and transfer frequently.

One of the founders of the Monero project Fluffy Pony created the MyMonero wallet. It’s an XMR online wallet that’s available through many different operating systems. You can use the MyMonero wallet on Mac, Windows, Linux, iOS, or the web-wallet, the Android XMR wallet is coming soon. The user interface for the wallet is very appealing, making it easy to understand for anyone who’s getting used to the cryptocurrency industry. It’s a perfect solution for mobile usage or online access since it requires a minimal battery, bandwidth, and storage usage. So, anyone who wants a light-weight Monero wallet, MyMonero is your friend! 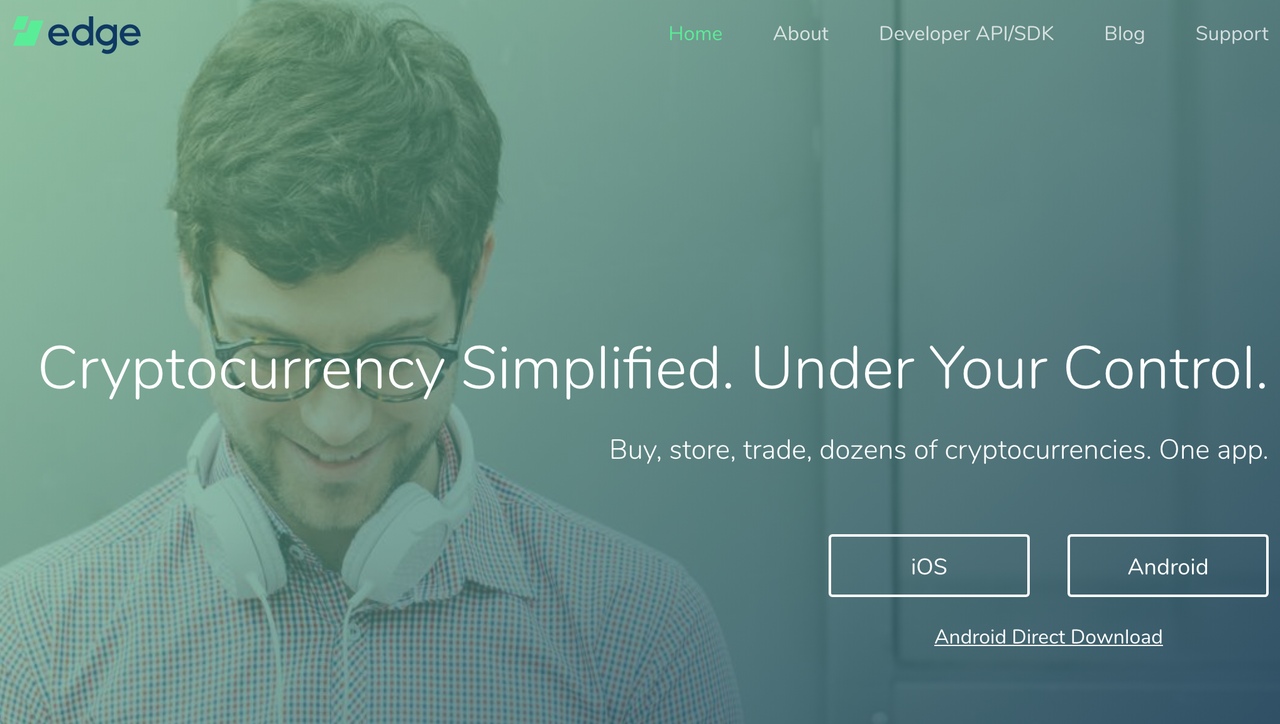 When you’re looking for an XMR wallet that’s simple and easy to use, you should go for the Edge Wallet. It stores more than 30 cryptocurrencies, including Monero. All you have to do is download their iOS or Android wallet, and you’re running your mobile XMR wallet. Within the application, you can access your XMR, send and receive your Monero. You can also directly buy other tokens and exchange your XMR for other cryptocurrencies within seconds. It might not be the safest option in comparison to offline wallets such as paper wallets and hardware wallets, but it’s very convenient and easy to use! 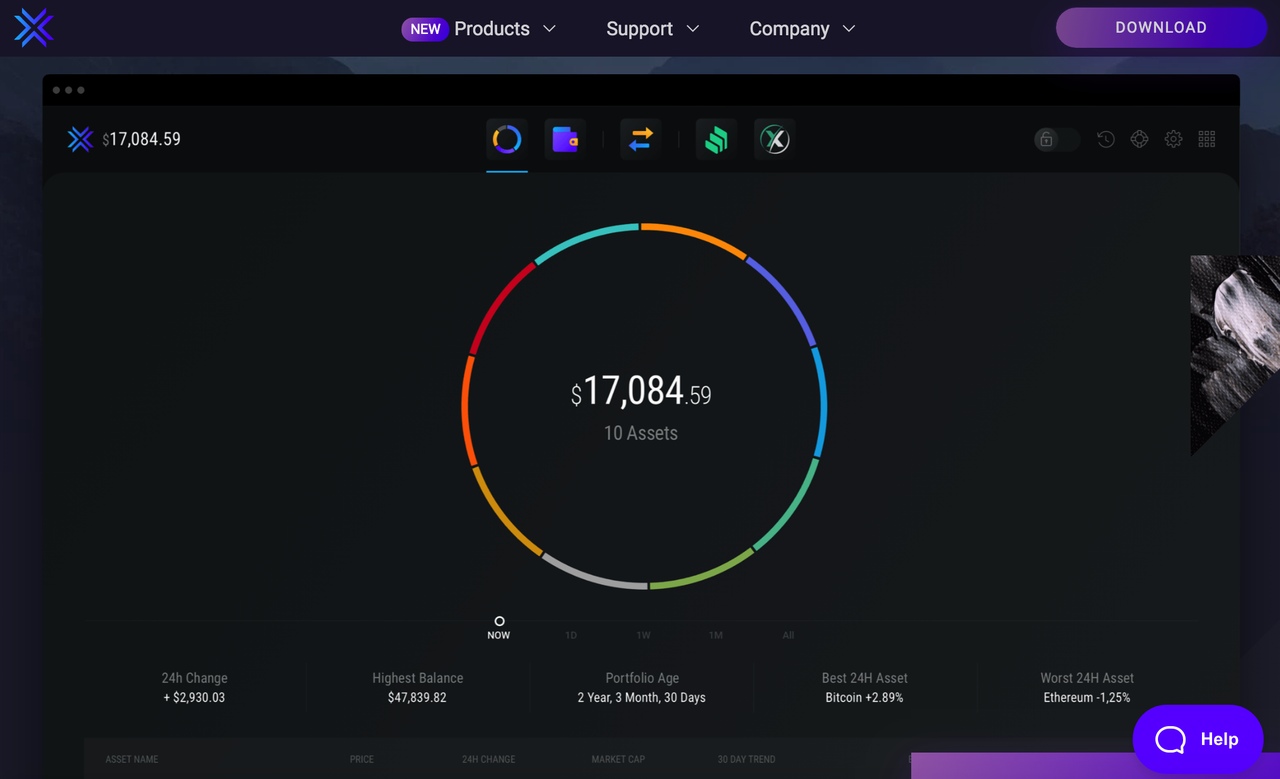 Another XMR wallet that’s reaching for the stars is the Exodus wallet. It’s a multi-currency software wallet that is way more than a Monero wallet. You can hold your XMR, store your XMR, and receive XMR, but besides that, you have a built-in portfolio tracker and a cryptocurrency exchange. You can download the application for Mac, Windows, and Linux. The beauty is that the wallet integrates with another popular hardware Monero wallet, Trezor. In that way, you can enjoy the security of a hardware Monero wallet, while you’re making use of a simple interface of the Exodus wallet.

If you want to hold your cryptocurrency for the upcoming decade and not move a single token in the meanwhile, you can choose Monero paper wallet. You create a wallet and then print two sheets of paper. One holds your public key and the other holds your private key. When you store the two pieces of paper in two separate places, you’re bound to be secured from any outside access by hackers. It’s not the best option if you want to transfer your XMR once a week or even once a year, but if you’re holding for a long time, the Monero paper wallet is the right fit for you!

How Big Is the 2022 Crypto Crash? A Historical Perspective

Investing in Crypto: Things to Do in a Crypto Winter

CBDC vs Cryptocurrency: Are CBDCs a Threat to Crypto? Why Crypto Market Is Down Today: Global Reasons How Big Is the 2022 Crypto Crash? A Historical Perspective Investing in Crypto: Things to Do in a Crypto Winter Hard Forks, Soft Forks: What Do They Even Do (and What’s the Difference)?